An interior design firm owned by Keith Schembri’s wife, Josette, has received tens of thousands of euros in payouts from the two companies involved in the controversial hospital concession deal, Vitals Global Healthcare and Steward.

According to a Times of Malta report on Sunday, 3City Design, an interior design firm, and FSV Limited, also run by Josette Schembri, have received €76,200 from Vitals, the first concession operator to run three public hospitals. .

3City Design, is accused by prosecutors in a separate case of being used in a “complex money laundering scheme” to move money between various entities.

Reportedly, 3City Design began receiving notable payments around the same time that talks were underway for Steward Healthcare to buy out the hospitals franchise from Vitals Global Healthcare (VGH). 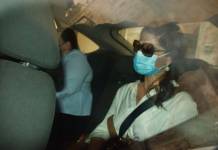 In 2018, VGH agreed to transfer the concession granted to it three years earlier to run three public hospitals to Steward Healthcare for €1.

However, according to the report, when Vitals was on the verge of financial collapse in November 2017, €45,000 was transferred from the taxpayer-funded concession to 3City Design.

The payment was marked as being for plans drawn up for a multi-storey car park in Pietà.

Two months earlier, FSV Limited, another company run by Schembri’s wife, had signed a two-year rental agreement with Vitals, guaranteeing him a monthly rent of €2,400 in a property in Pender Gardens.

While the deal was signed with FSV, Vitals, and later Steward Healthcare, paid the money to 3City Design. 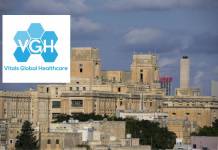 In addition, the first four months of payments, totaling €9,600, were sent to 3City Design by Vital’s parent company, Bluestone Investments.

Last week, The Times of Malta also reported that VGH was transferring millions of euros to Bluestone Investments as soon as it received large payments from the government.

BE THE FIRST TO RECEIVE THE LATEST NEWS